Paige has extensive experience in the Economic Development
arena and has been practicing Site Selection and Economic
Development Consulting for the past twenty (20) years.

Over the past twelve years, other important focuses of Paige’s career
have been in providing Site Selection services, and in assisting communities to successfully
target various industries. Prior to this, he was the Western Regional Real Estate Manager for
Aaron Rents. While with Aaron, Paige was able to facilitate and expand their major retail
expansion throughout the Western United States. Paige also worked for several development
companies specializing in retail, office, food processing and industrial properties.

Paige was the former Economic Development Director for the Greater Yuma Economic
Development Corporation and the Rural Representative for the Arizona Department of Commerce.
While in Yuma, Paige served on the REDI (Rural Economic Development Initiative) Board of Directors,
​which helped promote and initiate many rural economic development initiatives throughout the State.

In his position with the Department of Commerce, Paige had the opportunity to work with many communities throughout Arizona to assist them in coordination of their economic development marketing priorities and strategic planning initiatives to plan for end users potentially locating in their area.Paige also participated in the creation and in the initiation of a Rural Certified Site program in the State of Arizona and Tennessee to prepare communities for “shovel ready” sites throughout rural Arizona and Tennessee.

Paige also participated in the Rural Roundtable Strategic/Action Planning Sessions for Arizona to strategize and implement Rural Initiatives for communities throughout the State. Paige operates out of the corporate office in Phoenix, AZ. 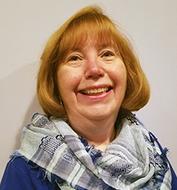 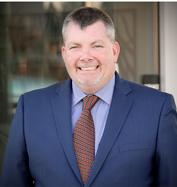 Cathy is a new Site Selection Consultant at Webster Global Site Selectors. She is based out of  our Atlanta, Georgia office.

With over twenty-five years of experience in membership development, service, and strategic planning, Cathy’s success is measured as a result of her passion, persistence and perseverance.

For over twenty years, Cathy’s professional experience has been with Conway Inc., the association management company for IDRC (International Development Research Council) and IAMC (Industrial Asset Management Council) and publisher of Site Selection Magazine.  Prior to the merger of IDRC and NACORE which became CoreNet Global, as Manager of Membership Development for IDRC, Cathy, grew the membership recruiting 2,000 new members within five years.

As Director of Membership Development for the Industrial Asset Management Council in Atlanta, Cathy grew an organization from zero members and a dream in 2002 to over 600 members in 2016.  Cathy also had many accomplishments including:  launched, managed and successfully grew the Honorarium Program for IAMC, bringing in scores of new Corporate Active Members to IAMC; launched.

She also managed and successfully grew the Ambassador Program for IAMC, facilitating and leading the mentoring and assimilation of new members; regularly mentored and trained junior staff members of IAMC, teaching them the basics of new member recruitment and retention; organized the New Member Networking Dinners for IAMC for more than 12 years; grew this biannual event to over 60 attendees; increased IAMC member retention rate from below 70 percent to over 90 percent between 2008 and 2012.

Cathy also recruited  IAMC Committee Chairs who would go on to become IAMC Board Members and IAMC Chairs; organized and led the New Member Orientation Meetings for IAMC for more than 12 years; grew attendance at this meeting from less than 40 in 2003 to more than 120 in 2012.

Cathy served as Staff Leader of the IAMC Membership, Member Relations, Honorarium, and Associate Advisory Committees for more than 12 years; increased member engagement in each – one of the key metrics of IAMC performance.

Finally, as Director of Member Relations, Cathy focused on membership services and served as the Staff Leader for the Member Relations Committee, Associate Advisory Committee and the Leadership Council.

Cathy is a member of Georgia Society of Association Executives (GSAE) for over 25 years serving as co-chair and chair of numerous committees; she was chosen as one of GSAE’s Movers and Shakers.” She is a graduate of the founding class of the GSAE Leadership Academy.